Back in February, before such gatherings had been put on hold in London owing to the Covid-19 pandemic, the two of us enjoyed attending the launch of the debut novel by a former student of ours.  Ali Thurm’s book, One Scheme of Happiness, is an engrossing read about the close yet unsettling bond between two old school friends who reconnect in later life. We are so pleased to feature this guest post by Ali, in which she shares some thoughts on the subject of female friendship in fiction through the ages.

I’ve always been interested in how childhood friendships influence the choices we make as adults – those moments in childhood that stand out as turning points and that we remember for the rest of our lives. Some of us want a large group of friends and many hanker after a best friend, a soul mate. We want to know how to be a good friend and how to keep these friends, how to achieve a balance between pleasing our friends and being true to ourselves. And what to do if things go wrong, if this fine balance tips over into envy or destructive hatred? As a writer and keen reader, it feels natural to me to look to fiction for answers.

In the 19th century novel female friendship is often relatively straightforward: a friend is a good influence or not.

In Jane Eyre by Charlotte Brontё, we see an example of how to be a good friend. When Jane goes to Lowood School, the older Helen Burns befriends her. Virtuous, and long-suffering, Helen shows Jane how to overcome the bullying and cruelty of the school through religion and stoicism. When Jane is forced to stand on a stool as a punishment Helen walks past her, inspiring the book’s heroine with the ‘strange light’ in her eyes. ‘It was as if a martyr, a hero, had praised a slave or victim, and imparted strength in the transit.’ This is a friendship in adversity that strengthens Jane’s character.

In Jane Austen’s Sense and Sensibility, Lucy Steele befriends Elinor Dashwood. She is pretty and vivacious and at first Elinor enjoys her friendship; but Lucy is ‘a person who joined insincerity with ignorance’ and not averse to flattery and outright lying to further her marriage prospects. Austen treats her with wit and humour, but Lucy’s ‘little sharp eyes’ cause Elinor great emotional distress. She is a friend to be avoided.

Post Freud, the contemporary novel delves deep into psychology; female friendships endure and aren’t cast off with marriage or by other circumstances. They are complex and complicated. Now that women can choose to have it all, or none of it, friendships are fluid too. And not necessarily nice.

The friendship between Lila and Elena in Elena Ferrante’s My Brilliant Friend, set in 1950’s Naples, is intense and often problematic. As the narrator Elena remarks, ‘Lila … immediately impressed me because she was very bad.’ Even when it is Lila who has thrown Elena’s doll into a dark cellar and Lila who constantly dares her to try more and more dangerous games, Elena is devoted to her. Having been dared by her friend to climb a dark staircase, Elena recalls that ‘Lila did something unexpected. She stopped to wait for me, and when I reached her she gave me her hand.’ After this one moment their friendship lasts for decades.

In Margaret Atwood’s Cat’s Eye a middle-aged narrator, Elaine, looks back at childhood friendships – relationships in which her friends also became her torturers. Picturing herself back in those days, she says: ‘They are my friends, my girl friends, my best friends. I never had any before and I’m terrified of losing them. I want to please.’ Elaine never comes to terms with these negative feelings and how her childhood relationships led her to lose all self-respect. The novel focuses on these damaging early experiences and their resulting psychological trauma. 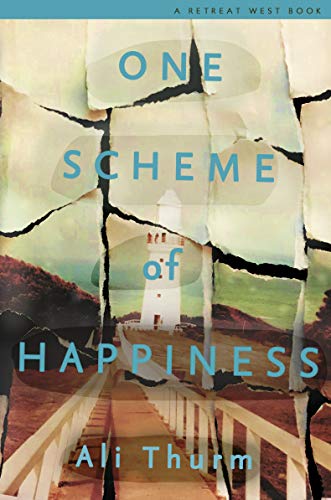 Like Cat’s Eye, my novel, One Scheme of Happiness, is driven by an adult re-evaluation of a friendship. My protagonist Helen has been influenced by caring for her acutely anxious mother, and by her own narrow reading of 19th century novels, Mansfield Park in particular. As a child she is so besotted by the glamorous Vicky that she does whatever Vicky tells her to do to retain her friendship, including  bullying other children. But when the bullying becomes sexual and turns on her, Helen drops Vicky and finds friendship with another quieter girl, Ann.  At the heart of the novel, is the shifting and game-playing between Helen and Vicky, which continues into adulthood.  Ultimately, Helen needs to find the balance between holding onto this relationship and preserving her own sanity. She will have to reappraise the life choices she’s made as a result of her complex and confusing childhood friendship.

For us, Helen’s changing feelings about her personal bond with Vicky are one of the most interesting characteristics of Ali’s novel. They are also a reminder that, despite how often the subject has been tackled in fiction over the centuries, there’s still a great deal to explore afresh in the subject of female friendship.

Ali Thurm’s first novel One Scheme of Happiness is published by Retreat West Books. You can find out more about Ali’s work at alithurm.com. She is also on Twitter @alithurm and Instagram @alithurm.