Regular readers may remember the piece on early twentieth century poets Charlotte Mew and May Sinclair written by our youngest contributor, Cambridge University student Jess Molyneux. We were thrilled when her course-mate Cecily Fasham got in touch to propose a piece on two authors whose work we first fell in love with during our own university years. What’s more, this pair lived centuries earlier than any of the writers we’ve yet to profile on Something Rhymed.

Margery Kempe and Julian of Norwich may have been illiterate, but these two medieval Christian mystics are a strikingly early example of literary female friendship.

With the help of scribes, both women wrote books which play crucial parts in literary history. Julian of Norwich’s Revelations of Divine Love is the earliest surviving book by a woman written in English, and Margery Kempe’s untitled manuscript (known today simply as The Book of Margery Kempe) is considered the first English autobiography. 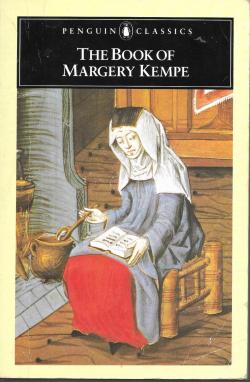 Fascinatingly, Kempe chronicles a meeting between the two – she stopped by in Norwich to see ‘Dame Jelyan’, and they spent ‘many days’ together in conversation.

Kempe and Julian shared some basic characteristics: both were female English writers; both Christian mystics who believed that they received visions directly from God; both from roughly the same late medieval epoch – they even both came to their spiritual awakenings following periods of serious illness.

They were, however, quite different.

Kempe was a wife and woman about town, mother to at least fourteen children before convincing her husband to become celibate, and decidedly public in her devotional brand, making long pilgrimages around England and all the way to Jerusalem; Julian was an anchoress – a type of religious hermit, living a reclusive spiritual life, walled-up with her cat in a cell attached to a church, with only a small window through which to receive food and speak to visitors. Julian’s renown was posthumous, her book unlikely to have been circulated during her life; Kempe was a medieval celebrity, drawing crowds and attention (sometimes negative – she was tried for heresy several times). Julian has always been known to scholars; Kempe’s autobiography is a recent discovery, contained in a single manuscript discovered in the cupboard of a Derbyshire mansion and identified in 1934 by American scholar of medieval history, Hope Emily Allen. 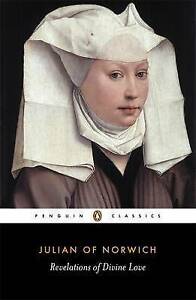 Julian’s Revelations records the visions she received from Christ following an illness in 1373, and is a highly regarded work of Christian mysticism, notable for its feminine perspective and delicate, evocative analogies, particularly the image of Christ as mother. Kempe’s Book is an account of her life and conversations with Christ. The two have long been associated; in the 1500s, someone wrote ‘Dame Ielyan’ (Julian) in the margin of the only extant manuscript of Kempe’s Book.

While Julian’s writing belongs to an accepted mystical tradition prevalent in the 14th century, Kempe’s style of devotion was counter-cultural. She was brash, loud and unapologetic; she shared with everyone the things God told her, however inflammatory, and frequently broke out into fits of crying, prompted by the Holy Spirit. This spectacular style of devotion won her popularity, but her audaciousness was divisive: she was often rebuked by male authority figures, called ‘a false strumpet’ and a liar by a priest in Leicester, several times accused of being possessed by the devil (rather than, as she claimed, the Holy Spirit), and put on trial for heresy. (She was acquitted.)

An accusation of diabolic inspiration brought Kempe to Julian of Norwich. She was looking for advice and Julian was skilled in ‘discernment’, divining between good and bad spirits. In Chapter 18 of her autobiography, Kempe writes, ‘sche was bodyn be owyr Lord for to gon to an ankres in the same cyte whych hyte Dame Jelyan’ (‘she was bidden by Our Lord to go to an Anchoress in the same city [Norwich], who was called Dame Julian’).

Julian had only encouragement to offer. She counselled Kempe to continue in what she was doing: being obedient to the will of God. Kempe’s tears, Julian said, were signs of God’s spirit working in her soul. ‘The mor despyte, schame, and repref that ye have in the world, the mor is yowr meryte in the sygth of God’ (‘The more despite, shame and reproof that you have in the world, the greater is your merit in the sight of God.’), Julian told her. This wisdom became central to Kempe’s devotion: each insult only increased her belief in her calling and determination to share the Gospel.

Julian and Kempe apparently spent some time together and formed a bond. ‘Mych was the dalyawns that the ankres and this creatur haddyn be comownyng in the lofe of owyr Lord Jhesu Crist many days that thei were togedyr’ (‘Much was the dalliance that the anchoress [Julian] and this creature [Kempe] had by commoning [conversing] in the love of our Lord Jesus Christ [during] the many days that they were together’), as Kempe put it. Talking to one another, in faithful sisterhood (Kempe records them calling one another ‘sister’), brought the two writers closer to God, to ‘dalliance’ (Kempe’s word for direct conversation with Christ).

This dalliance was the basis of their writing, suggesting a devotional, medieval version of female writers bouncing ideas off each other, finding inspiration in conversation. Their bond shows that literary friendship between women is nothing new; it’s a legacy that has been handed down to us through the centuries.

Cecily Fasham is an English student at Cambridge, and is perpetually excited about writing by women, from the 12th to the 21st century. She writes about whatever interesting stuff she meets on her blog, four walls & a pot of jam.

Edited by Kathleen Dixon Donnelly, who runs the blog Such Friends, and is working on a book ‘Such Friends’: A Scrapbook Almanac of Writers’ Salons, 1897-1930. You can follow her on Twitter @SuchFriends.

If you have an idea for a future Something Rhymed post, please do get in touch. We’re interested in everything about female literary friendship from tenth-century Japanese diarists to contemporary graphic novelists. You can find out more details about submissions here.